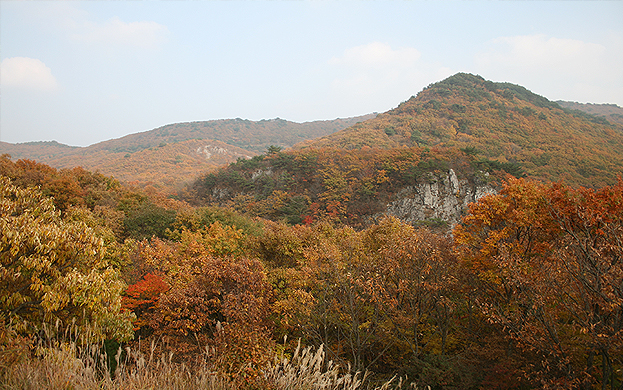 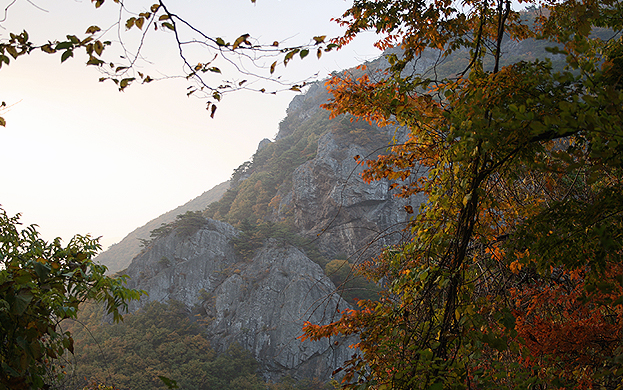 Rising above and behind Pyochungsa Temple with a thousand-year history, Jaeyaksan Mountain (highest peak: Sumibong Peak 1,018m) is one of the mountains in the Yeongnam Alps, which feature reed fields and wetlands.

The low-rising slopes are adequate for families and friends to spend time with each other without expending too much strength. 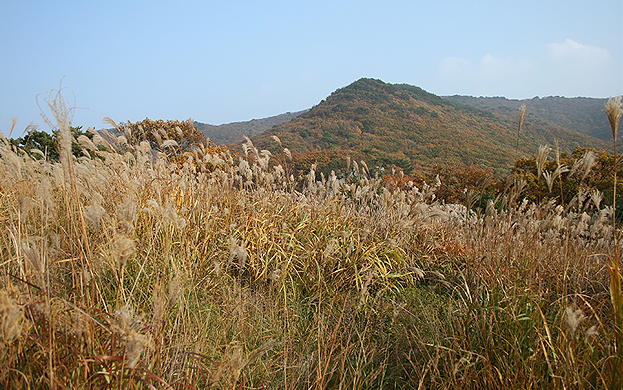 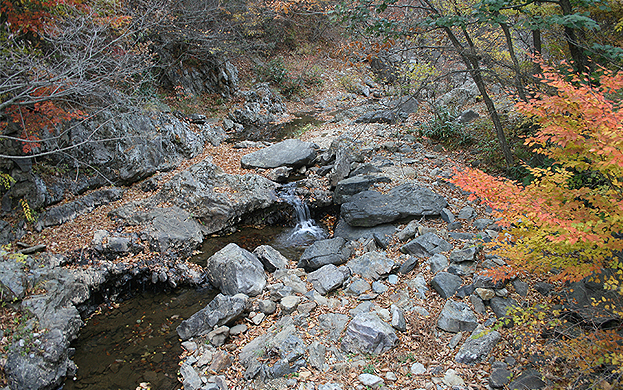 In particular, the beautiful reed fields in Sajapyeong Plains are one of the Eight Beautiful Scenes of Miryang. They were recently restored, opening its doors to visitors who wish to see the largest mountain wetlands in Korea.

In recent years, tourists can use the Eoreumgol Cable Car to climb the mountain more easily. 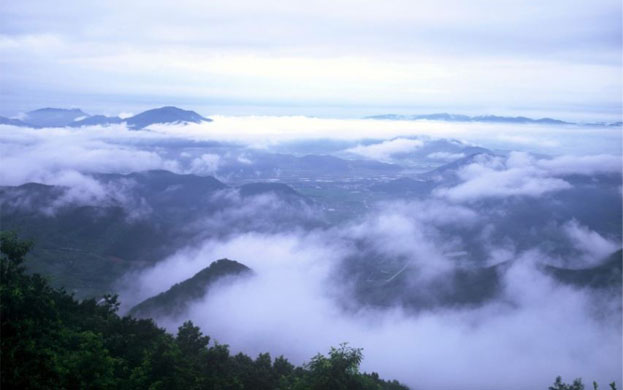 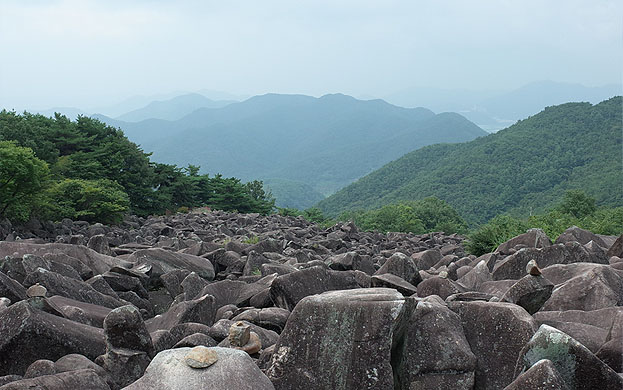 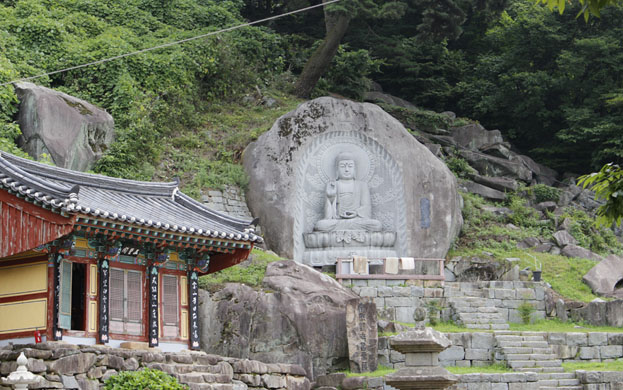 Located towards the top of Maneosan Mountain that rises 674m high, Maneosa Temple is said to be founded by King Suro of Gaya, according to Samguk Yusa. It is a traditional Buddhist temple that supports the theory that ancient Korean Buddhism originated from the south, with many legends and mystic features.

It is a place that hosted rain ceremonies during extended draughts, and according to an ancient geographical book, it was a royal Buddhist temple for kings of Silla Dynasty. In addition, the history book Samguk Yusa mentions that a three-story pagoda (Treasure No. 466) was built by Dongnyang Borim in 1180.

According to the legend, the son of the Dragon King in the East Sea realized that his life was nearing its end, and went to a holy Buddhist monk in Mucheoksan Mountain to find him a place to live.

The monk told the Dragon King's son that wherever he stops during his journey is the place to settle down. As the prince walked down the path, he found many fish following him, and stopped at the location that would later become Maneosa Temple.

When he stopped, the prince turned into a large stone shaped like a Buddha, along with many fish that changed to rocks small and large. 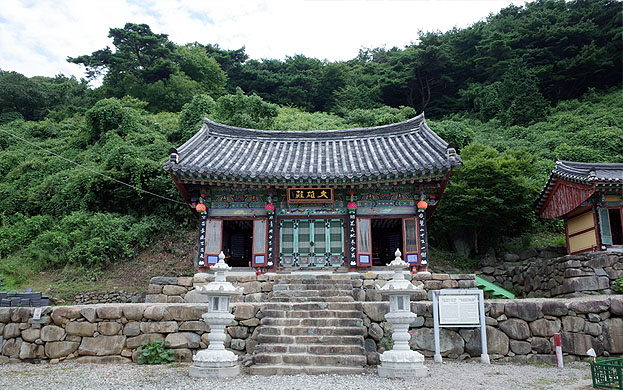 From Gyeongju and Ulsan

From Changwon and Masan 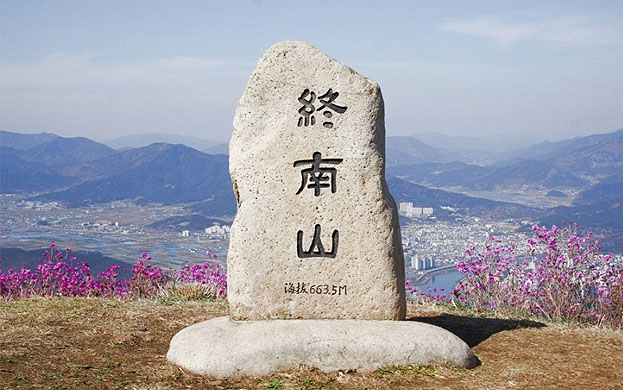 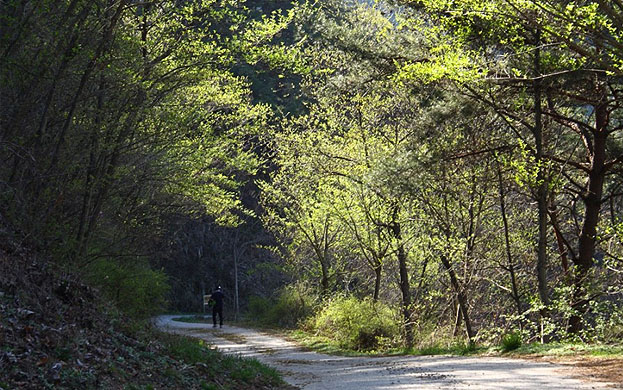 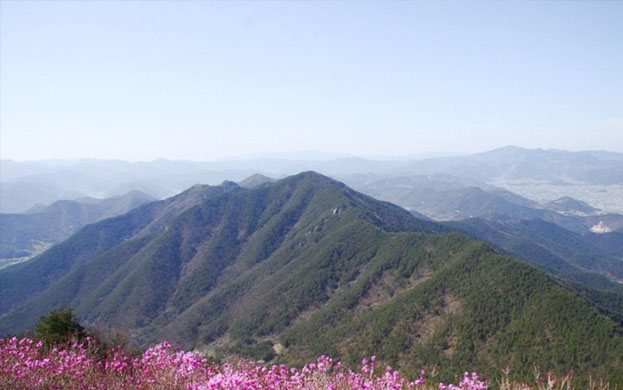 The mountain was originally called Jagaksan, but its name changed to Namsan Mountain because of location south of downtown Miryang, which was then changed to the current Jongnamsan.

The highlight of Jongnamsan trekking is the view from the top. From the top of the mountain, the hikers can see Miryanggang River winding around a village on a river island, Sammu-dong, to the west. In addition, the wide fields and beautiful Yeongnam Alps mountains compose some of the most wonderful scenery in Korea.

Three hours of trekking up from the base of mountain will put the hikers on the ridge, from which they can view downtown Miryang, the fields, and Nakdonggang River.

A little way up from the ridge is the top of the mountain, which is also a habitat of azalea. The tall azalea plant, whose flowers bloom in the spring, is another magnificent sight witness in the mountain.

There are many forest roads branching from the main trail, which makes it accessible to other locations and possible to find a path down the mountain at any point during the hike. The mountain is optimal for novice hikers. The trail to Uryeongsan Mountain (Jungbong Peak) features rougher terrain, which requires caution, but it is possible to go around the rocks and valleys. 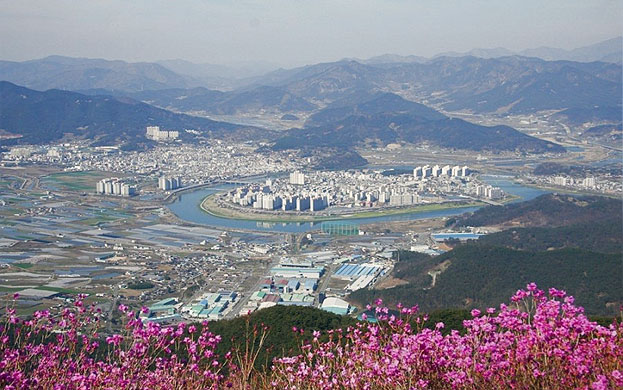 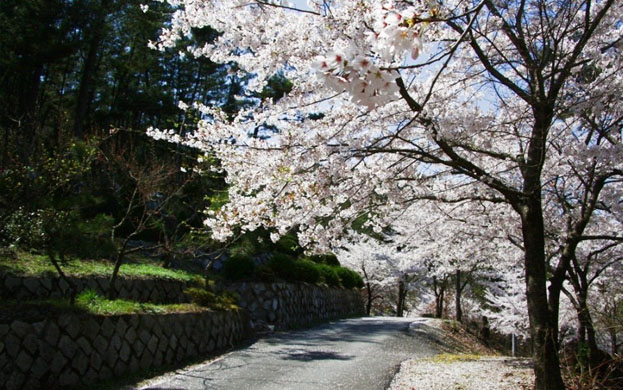