Overview of the City

Home > ABOUT Miryang > Overview of the City > Location

Miryang is an inland city located in the northeastern Gyeongsangnam-do Province. Sitting in the midway between Busan and Daegu, Miryang is a center of local transportation, being stop for the bullet train KTX, the home of expanded Sindaegu-Busan Expressway, Route 24, and Route 25. Miryang also connects large cities nearby, including Changwon (34.3km away), Ulsan (77.1km), Busan (79.1km), and Daegu (85.4km). 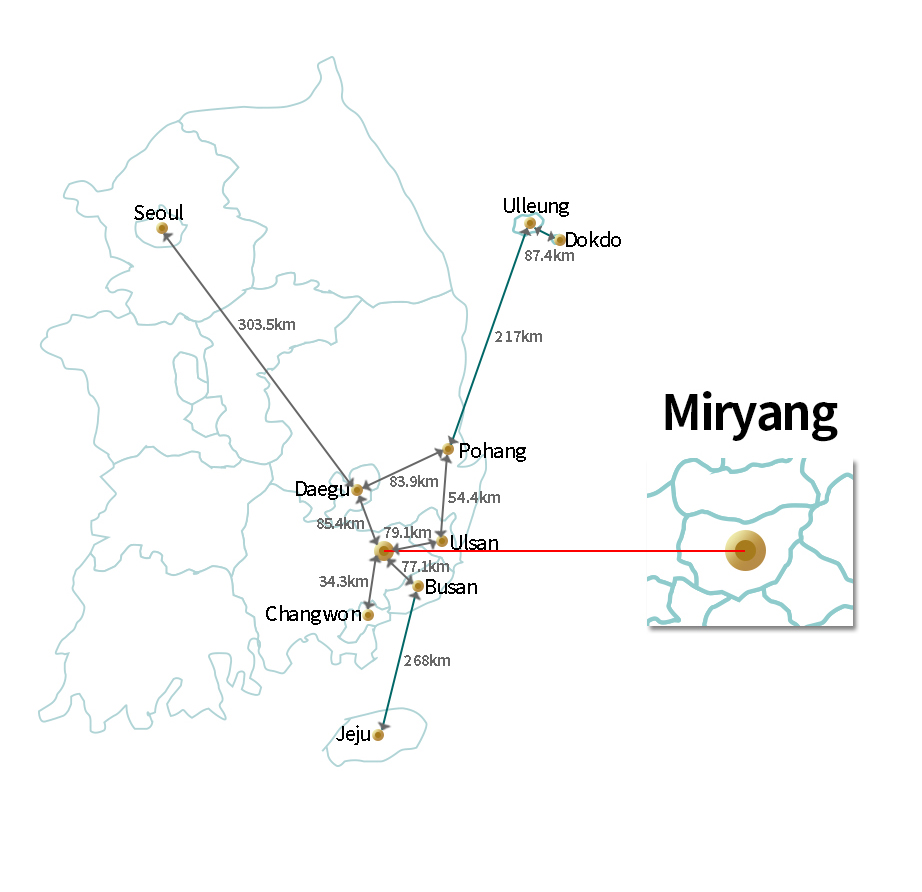